Professional Facilitator and ‘Crazy About China’

Martin Rees has been working with the Asian and Chinese inbound tourism sectors since 2006 when he was general manager of a major dolphin and whale watching company, as well as a 4WD drive touring company on the NSW Mid – North Coast.  In 2008- 2009 Martin was Operations Manager at GBR Helicopters in Cairns where he managed a major fleet of helicopters conducting scenic flights over the Great Barrier Reef. In this role Martin and his team delighted thousands of Chinese, Asian, Western and domestic tourists alike. Martin has the business and cultural experience to guide and mentor  your team on your journey to business success in the Chinese and Asian inbound markets.

Martin first started in tourism in 1990 whilst still at University.  He founded “In the Wild Survival” where he guided rainforest safaris, taught abseiling , rock-climbing and survival courses in the beautiful Watagan Mountains just west of Lake Macquarie.

Martin’s training programmes have been featured on the ABC’s 7.30 Report and have been a front page story in Fairfax publications. He has done extensive interviews on ABC radio about his diverse and exciting career.

Martin’s business experience and diversity encompasses an amazing spectrum. He was a managing director of a corporate training company for 15 years, then he embarked on a new adventure wowing customers flying over the Great Barrier Reef as Operations Manager and helicopter pilot for Great Barrier Reef Helicopters. He has hosted inbound tourists on scenic flights over Kakadu, Litchfield, Katherine Gorge National Parks, beautiful Port Stephens and the Snowy Mountains. He has even flown helicopters over Beverly Hills, Hollywood and Disneyland.

Janene Rees is a visionary who is well known throughout the industry as being a passionate advocator for regional tourism. Her likeable nature and can do attitude has attributed to her success throughout her tourism career.

Janene has worked in the tourism and hospitality sector for all of her working life.  Janene’s passions truly lies in connecting with our amazing regional destinations and showcasing it to the world.

This is where Janene developed her strong desire to increase the awareness of the regional tourism as well as  increase the bottom line of tourist operators.  The results has seen new and innovative ways of increasing visitation from domestic and international markets in particular China, Korea, Hong Kong and India.

Some key areas Janene has personally improved are:

Janene’s efforts has been recognised by winning the award for ‘Outstanding Contribution to Tourism by an Individual’ at the Hunter Tourism Awards.  She has played a crucial role for the company she worked for which won successive Tourism Business Excellence awards in the category Major Tour and Transport Operators in the Hunter, Mid North Coast and New South Wales Tourism Awards.

Janene Rees is someone who has taken Tourism to the next level. Her enthusiasm and passion to achieve are an asset to this growing industry

Janene has worked as a food and beverage manager for major resorts such as Hunter Valley Gardens and Horizons Golf Resort Port Stephens. 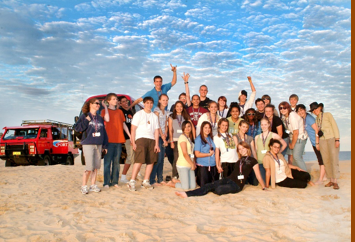