The Best Little Club In The World - Currumbin RSL

Each time you enter the award winning Currumbin RSL, which is renowned as ‘the Best Little Club in the World’ you are immediately embraced by a sense of innate warmth and friendliness. The staff at the front desk are the embodiment of consistency when it comes to warm and genuine greetings.  I’m was fortunate to be visiting the club on this occasion to interview long time CEO, 15 years to be exact, Anne Stovin, a ‘Customer Service Revolutionary’ of distinction. 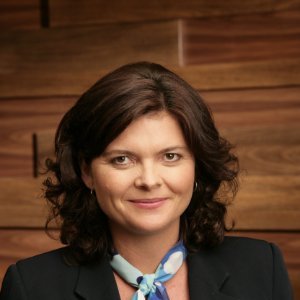 Anne’s hospitality journey began on the Gold Coast when she was 18 years old. She acquired a job as a waitress at TwinTowns Club at Tweed Heads. It wasn’t long before Anne spread her wings and like many young Australians exercised her right of passage on a 3 year working holiday in UK and Europe doing what she knew best, waitressing in cafés and bars. However it wasn’t until Anne returned to Australia that she started to consider hospitality as a career whilst working in a cafe in Sydney where she enrolled in a hospitality supervision course at TAFE.

On completion of Anne’s TAFE course in Sydney she returned to the Gold Coast where she secured a job as a tutor at Gold Coast Institute of TAFE. During the mid- 90’s Anne worked in Business Development in the Hospitality Department. Her career was taking a dual focus of hospitality and education. In 1998 Anne was approached by the then General Manager of Currumbin RSL and was asked to set up a Registered Training Organisation (RTO), now known as Ignite Education located across the road from the club. Anne accepted a dual role with the club i.e. setting up the RTO and as Human Resources Manager.   Then in 2000 the board of the Club undertook a review of the management structure and asked Anne to step in as temporary manager. A few months later Anne was then offered the position as CEO which she accepted, all this at the age of 30 only months after returning to work after the birth of her first child. Fortunately for the people of the Gold Coast she is still there and as they say in the classics ‘the rest is history’.

Over the last 15 years as CEO the role has changed dramatically from initially being a very hands-on role to now being a far more strategic role. Anne is now CEO of the Currumbin RSL Group which entails Ignite Education, The RSL Club, Dune Café Palm Beach, Community Rooms, a catering company, a major stake holder in an online gaming company and an extensive property portfolio.

When I asked Anne to articulate her personal philosophy on delivering outstanding customer service her enthusiastically replied,

I then asked Anne to elaborate on the club’s vision statement, “to be the best little club in the world”. She explained that the vision statement came from an advertising campaign they launched 15 years ago.  Anne and the rest of her team realised that the advertising jingle embodied them. As Anne explains “It spoke volumes of what we were and what we are trying to do”. So a culture ‘of not trying to be the biggest, let’s just be the best that we can’ has successfully evolved over the last 15 years.

Anne elaborates “It’s not about being 5 star, it’s about being the best in what we set out to achieve”. Anne summarises the power of the vision statement “It works, it fits, it’s US”. 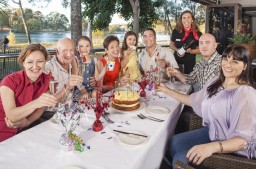 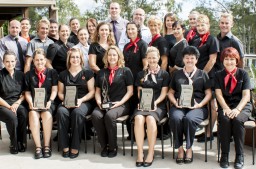 I then explored with Anne the age old problem of staff retention in hospitality and Anne’s strategy to reduce staff turnover. “It’s about our people, it’s about attitude over skills, 100 times over. If they can show they can care for someone, we can teach them the skills. If you are a nice person then you fit in”.

Currumbin RSL is focused on investing in their people and creating a community. Anne proudly states, “We call it the Currumbin RSL family.” The family consists of 170 staff and Anne wants them to have fun and to be a part of something special. The goal of the Club’s management is to demonstrate that they are caring for people. They want their staff to know they are valued. To this end an unorthodox approach to staff development was undertaken in 2104. The goal was all about having “FUN”. The club’s staff participated in events and activities such as a dance off, ten pin bowling and going night clubbing. The programme was successful in keeping staff engaged with the Currumbin RSL family and talking to each other after each event. Anne says “It’s all about maintaining the culture. Culture is a word that is used a lot these days, but in our case the culture is unique, it is the people. It’s hard to put your finger on it. The sense of community, the sense of people”.

Another of Currumbin’s RSL values is “Think Globally, Buy Locally”. Once again this is about being an integral part of the local community as well as being environmentally responsible by reducing the club’s environmental footprint, a personal passion of Anne’s. The club has environmental initiatives which includes two vege gardens, worm farms and bio bins.  The club is recognised as the greenest club in Queensland. 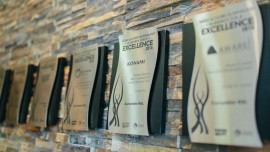 The future challenges for the club involve the changing demographic of the club’s members and visitors. Traditionally the club’s daytime customer’s base was the over 60-65’s demographic who traditionally are budget conscious. However there is an emerging baby boomer segment 50-55+ who have different expectations and are willing to pay for quality. So the challenge for the club will be to balance both demographics and keep them happy. The night time Friday and Saturday nights market is different again with the 30+ and 40+ demographic wanting a night club and a live music experience. The challenge for the club as Anne highlights ‘is remain relevant for the up and coming generations’, whilst still looking after the seniors in the club community.

As I was departing the club Anne escorted me to reception so say our goodbyes. I noticed an elderly couple slowing and gracefully walking arm in arm towards the exit. Anne turns to them and warmly says ‘Goodbye, see you tomorrow’. The elderly couple stop, turn purposely and reply to Anne with a gleeful smile “see you tomorrow” and slowly but surely continue on their way. As a tear welled in my eye, I thought, ‘This truely is the best little club in the world!’