What is going on at The STAR?

Join me on my journey of discovery of outstanding customer service!

Have you ever had one of those weekends away where your partner has suggested a particular place to stay and you’re just happy to tag along with no real expectation? My beautiful wife suggested we stay at The Star on a recent trip to Sydney, to which I was quite ambivalent about because I’m not really a Casino sort of guy. My wife had recently stayed at The Star as a guest during Vivid and had a great experience, so I was happy enough to tag along this time.

Well, talk about exceeding my expectations! The Star Astral Tower, Sydney has converted me to a ‘Raving Fan’. From the moment we alighted from our taxi we were greeted by the friendliest of doorman and porters. My wife then proceeded to the front desk and check in, which went like a dream, friendly, fast and efficient.

When we arrived at our room, we had been allocated one that was on the lower floors. On my wife’s last stay at The Star she had stayed on the 21st floor where the view is sensational. So my wife says “we’re moving”. I think to myself ‘this is going to be a drama’. Well I couldn’t have been more wrong. Within 2 minutes flat we were moved to the 21st floor by a charming young porter. The long and short of it is that nothing is a problem at The Star, something that I find quite rare these days.  So being a Customer Service Revolutionary I had to find out what is going on here? The answer is John Autelitano and his team who are the embodiment of what it means to be Customer Service Revolutionaries. 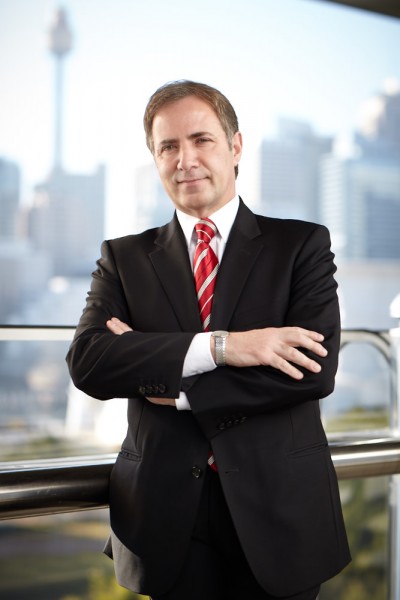 John Autelitano is the General Manager of Hotels at The Star. He returned to Australia in 2014 to take up the position of General Manager after 18 years working abroad in the some finest hotels in the world.  He kindly agreed for meet with me on a stunning winter’s afternoon is Sydney to discuss the Outstanding Customer Service culture that is so evident at The Star.

John started his career after graduating from RMIT Melbourne as an engineer working in the music and television industry coordinating major events. This eventually led to John working on projects such as commissioning major new hotels.  He then joined Marriot International, commissioning and managing major luxury hotels throughout Asia and the Caribbean.

As John’s career progressed he took up executive roles at the Ritz -Carlton South Beach, and the Ritz-Carlton Palm Beach Florida USA, which is the flagship of the Ritz- Carlton Forbes five- star five diamond rating. John’s last role before joining The Star was as General Manager of Sunway Resort and Spa, Kuala Lumpur Malaysia where he managed six hotels and the pre –opening of another two hotels.

John’s lifelong passion outside of work is music and he is an accomplished composer. The other passion John holds dear to his heart is teaching others about delivering outstanding customer service and creating ‘wow moments” for customers. As Johns says “As you get a few more grey hairs it’s great to be able to pass on the lessons one has learned along the way. And I have learnt from some of the best in the industry!”

John loves telling stories from his past experiences to help open up his staff’s minds to the exciting possibilities of exceeding guest’s expectations and solving their problems. He believes in looking for the right talent in his staff and putting them in the right role. John would prefer to employ or promote a person who always has a smile on their face and loves their job as opposed to person with a plethora of qualifications in hospitality but doesn’t love hospitality. As John says ‘we can teach them the skills but they need the right personality and passion for customer service”.

The outstanding customer service experience at The Star starts from the moment the guest phones reservations to book a room, and at every other customer touch point. For example parking the car, the check in process, ensuring the room is spotlessly clean. John and his team have achieved this in a number of ways. Firstly John and the team articulated a vision of where they wanted to go and then set clear goals on how they were going to get there. 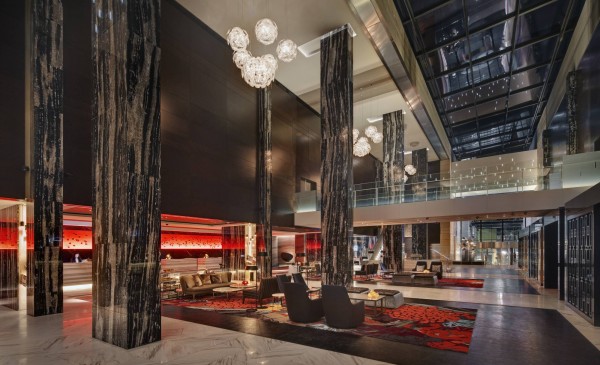 Secondly, John had his team identify and convey to him any operational obstacles that had frontline staff running around putting out the metaphoric fires on a daily basis. This enables more quality time spent on providing a superior guest experience, and the Star Team are empowered to focus now on creating memorable experiences for their guests.

A typical day for John Autelitano starts with an early morning property inspection. He then meets with his department heads to discuss operational matters and successes that may have arisen overnight, and the game plan for the day ahead. John loves nothing better than engaging with his team to hear their perspective of the hotel’s operation. “The team are our frontline, and it is their valuable feedback and experiences that help form a successful service culture that then transfers into a comprehensive brand philosophy”.

John believes The Star’s high level of staff retention can be attributed to ensuring people are in the right roles. One of the ways this is achieved is by identifying hidden talent in existing staff and applying these talents to new roles. He also emphasised the importance of mapping out a clear career path for his staff.

John sees himself and his senior managers as coaches of an elite team.  He ascribes to the adage “It is not the coach’s role to get out onto the field with the players. The role of the coach is to allow the players to be creative, and the coach to then give the players feedback. When dealing with decision making, people need to understand the parameters. However by the same token you have to give people the power to make decisions to enable them to delight the customer”.

John passionately believes that hospitality is about evoking an emotional response. An analogy he shares with his team is ‘how would you treat your grandmother if she came to stay at your house? This is the way you should treat every guest when they come to stay at our hotel’. 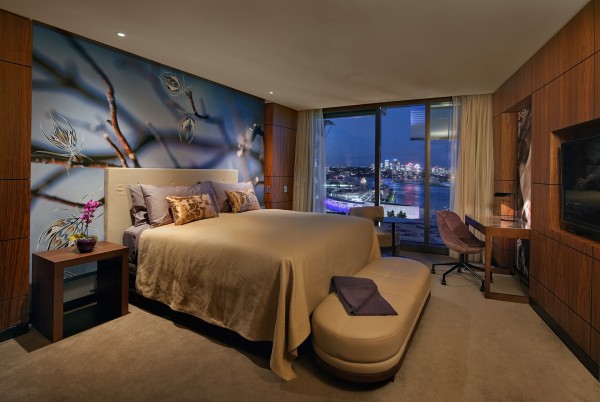 John goes on to explain that most successful people in hospitality don’t do it the money. He believes hospitality is about relationships and genuine feelings for the guest.

I asked John about the importance of the China market to The Star now and in the future. He explained that the China market is very important and the team at the Star are mindful of the cultural sensitivities of this market. Having worked extensively in Asia John is acutely aware that the Chinese guests are spoilt for choice when it comes to luxury hotels and destinations. The Star has made their staff culturally sensitive by educating them in the importance of preventing ‘loss of face’ with their Chinese guests and by having Mandarin speakers in the hotel.

The Chinese guest’s customer service experience may differ in Asia due to lower labour costs that can translate to a Chinese guest being waited on by an army of staff. However John sees this as an opportunity for The Star to be able to impress his Chinese guests through creative decision making and making the standard of customer service at The Star more sophisticated.

The future looks very bright for The Star Hotels and The Darling. There is a new era of customer service, continuing redevelopment, refurbishment and growth through a burgeoning China market. More importantly The Star is in excellent hands with the knowledge and experience of John Autelitano at the helm. 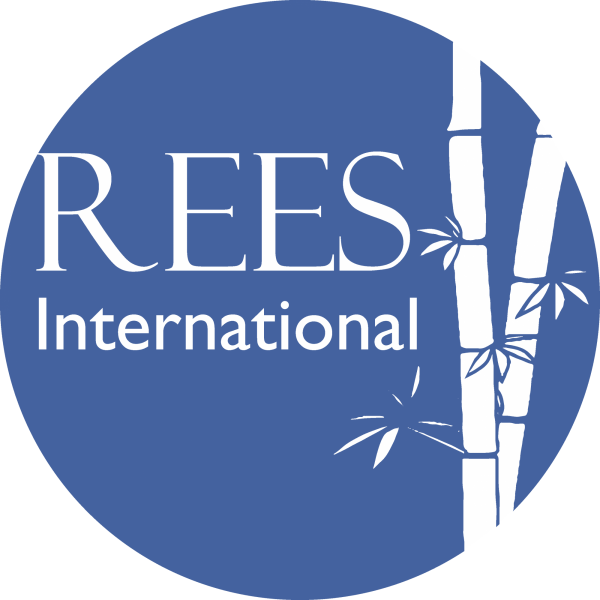