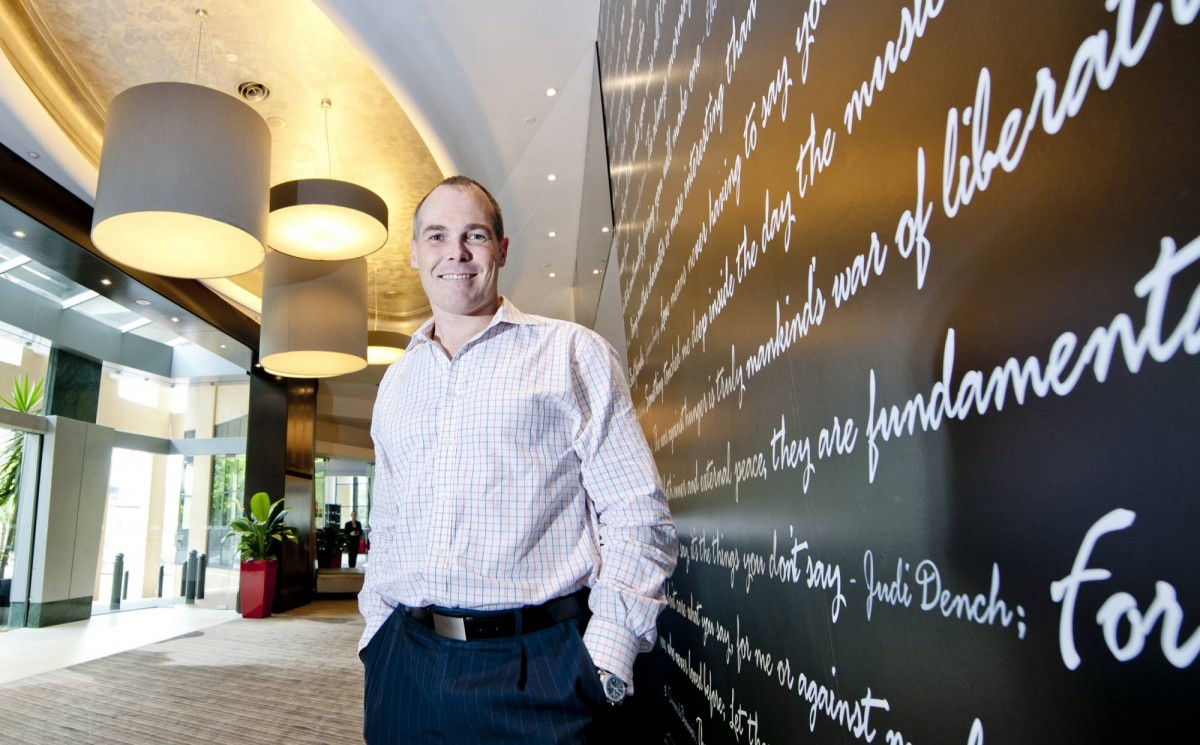 The hotel’s décor and furnishing are stunning yet the hotel still captures a relaxing and extremely welcoming atmosphere.

General Manager Rob Everett is a Customer Service Revolutionary who makes it clear he loves to come to work every day at Soul Surfers which is now his most favourite hotel in which he has worked.

Rob started his hospitality career in the early nineties after returning from backpacking through Europe and North America. On his return to Australia Rob enrolled in Hotel Management at the prestigious Blue Mountains School of Hotel Management. He was in the very first intake at the school. Rob feels his time at the school taught him invaluable life lessons whilst living on campus away from home and developing unique friendships. Over recent times perceptions have changed about hotel schools and now the graduates are very highly regarded especially from the Blue Mountains School of Hotel Management.

After graduating from the school his hospitality career didn’t get off to quite the start Rob was hoping for.  He had a severe knee injury sustained from competitive rugby and the subsequent surgery left him with limited mobility. His first job was at the Rest Hotel at Milson’s Point (now the Vibe) as a telephonist for 6 months due to Rob’s limited mobility. However this slow start to his career enabled Rob to apply for a corporate traineeship with the South Pacific Hotel Group at Sydney Airport Park Royal. He had various roles from night auditor, night manager and rooms division. He then transferred to Park Royal Plaza at Potts Point as a duty manager.

As his career progressed Rob transferred to the Holiday Inn Coogee where he rose to the position of Rooms Division Manager. The sports mad Rob Everett was in his element with an array of elite sporting teams choosing to make the Coogee Bay property their base whilst in Sydney. Teams such as the Wallabies, NSW the state of origin team, super rugby teams and professional netball teams. Rob was the proverbial kid in a candy shop during this era.

A major development in Rob’s career was a very rewarding four and half years as Hotel Manager at The Star in Sydney. It was at this property that Rob lived and breathed the philosophy of ‘Get to Yes’.  Rob explains this philosophy   “Regardless of the question and there is a million different ways to get there but effectively the answer is always YES!”

After Rob’s tenure at The Star Hotel and Casino in Sydney he joined the Mantra Group where he had various appointments as General Manager at Mantra Parramatta, Mantra Tullamarine adjacent to Melbourne Airport. He was then offered his dream appointment to Mantra Group’s flagship Peppers Soul Surfers Paradise. 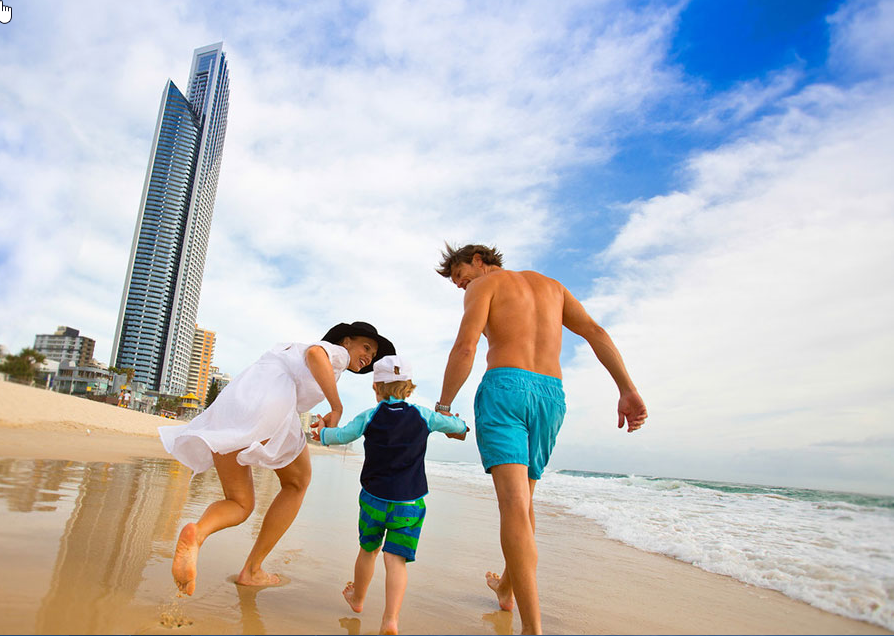 Peppers Soul Surfers Paradise is patronised by diverse market segments. From the traditional domestic market especially during school holidays to a strong Middle Eastern market and an ever growing Chinese market. The Middle Eastern market is particularly interesting because these guests like to come to Surfers Paradise during our winter months to escape the 45-50C heat of places such as the UAE.  It is not unusual for one extended family to book several rooms for 20 to 40 nights. As Rob explains they love our weather, the beach, shopping trips to Brisbane and spending good quality family time together.  Guests from the Middle East view the Gold Coast and Australia as a safe destination, more importantly they love Peppers Soul Surfers Paradise.

The peak period for the Chinese guests is just after the Australian Christmas school holidays and coincides with the Chinese Lunar New Year which is usually around late January to mid-February. Regular feedback that Rob receives from his Chinese guests is that they too consider Surfers Paradise a safe destination yet they are most taken with our beautiful big blue sky. Something that most of us who live on the Gold Coast probably take for granted.

Peppers Soul Surfers Paradise has a culturally diverse guest profile and takes the cultural sensitives of their guests very seriously.  Initiatives include menus prepared in different languages and a Mandarin speaker on the front desk during peak times such as Chinese New Year. Conversely Rob wants his guests to have a uniquely Australian experience, ‘You can’t get more Australian than an iconic Gold Coast life guard tower outside your front door ’Rob proudly points out to me’. 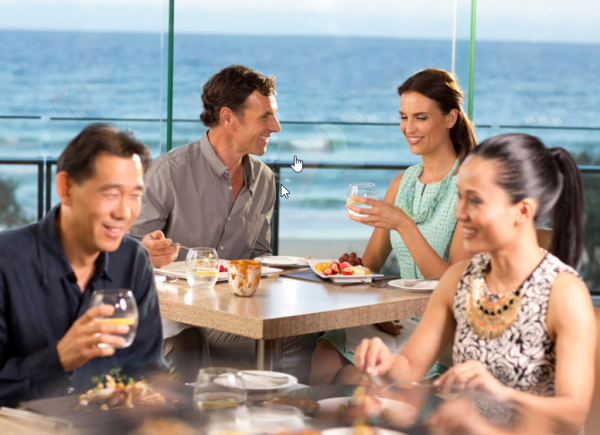 As the interviewed progressed Rob and I discussed the role of social media in the hospitality industry today especially with such platforms as TripAdvisor, Booking.com and Google reviews. As Rob pointed out when he started out in hospitality in the early nineties there was no social media, only the odd crippled up customer feedback card.  What I found refreshing is Rob’s insightful approach to social media. Rob acknowledges the immense importance of social media and realises that guests may book their holidays based on the reviews. However Rob feels too many hotel managers obsess over these reviews. I find this interesting especially from the General Manager of a hotel that is consistently ranked the No. 1 Hotel for Surfers Paradise on TripAdvisor. The point Rob is making is that there should be no surprises on any on these social media reviews. As Rob explains, a good General Manager should already be aware of any issues that have arisen during a guest’s stay.  A competent General Manager has already empowered his or her team by giving them the tools to ‘Get to Yes’.

Another very effective strategy Rob employs with his staff in staff meetings and interactions is to show them the Hotel’s organisational chart and ask them ‘who is the ‘boss?’ to which the majority of the staff respectively reply ‘You are Rob’. Then he will ask them again ‘who is the boss?’ after he has inverted the organisational chart however this time the ‘GUEST’ is at the top of the chart. The next level of the hierarchy being the service personnel, then departments’ heads and lastly the General Manager. So this inverted organisational chart conveys two core principles in delivering outstanding customer service:

During the course of the interview I asked Rob about his passions are outside of work. His number one passion is his wife and nine year son. Followed by his dedication over the years to the ‘Prevention of Cruelty to Animals’, hand in hand with bush conservation and lots and lots of sports. Rob loves rugby, sailing, skiing, he is obsessed by squash and his new found passion is cycling. Rob makes a point of sharing his passions with his team and work colleagues. In fact he loves spending time with his team, so much so he regularly schedules two gym sessions a week with them in the hotel gymnasium.

Throughout our interview Rob highlighted the most important reason for delivering outstanding customer service and having your people “Get to Yes”. The most important reason is to increase and drive revenue. Why? I believe this the most effective and cost effective way to increase your revenue. This is all too often a taboo subject when discussing customer service, however it ensures job security, a return for the owners and the best possible product for the guest / customer. Your customers will become evangelists for your hotel, restaurant, service or product. Research has proven that 5% retention of your customer base can lead to up to 30% increase in profits. Rob has been the first person I’ve interviewed that has mentioned outstanding customer service increasing revenue. It a testament to Rob’s business acumen. He gets it and his team “Gets to Yes” more often than most and that why Peppers Souls Surfers in No.1 on TripAdvisor for Hotels in Surfers Paradise.